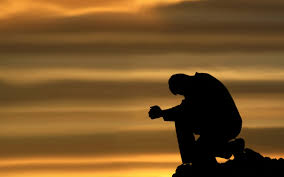 In Hebrew “Tefillah” means prayer, the English definition is to beseech, beg, implore. The sages have written about Jacobs ladder and its meaning one meaning is that his ladder represents the effects that the righteous have on the Heavens when they pray to the Father of lights. One verse I would like to explore from the Bible is James 5:16 Confess your trespasses to one another, and pray for one another, that you may be healed. The effective, fervent prayer of a righteous man avails much.

I can attest to this verse that it is true with all of my heart. I have seen lives changed by the power of prayer, I have received gifts by the power of prayer and have seen souls saved and diseases cured by the power of prayer. I will give you a small example of when I prayed for something specific and received it. This happened about four years ago, I really wanted a Mac computer but I didn’t have sufficient funds so I prayed for a specific mac computer. To make a long story short about a week later a friend of mine who had client in Fisher Island invited me over to visit his client, so I decided to go when I arrived there I was bit out of place because they were talking and I was thinking to myself why am I here I am not doing anything. Then there was this weird silence and they both were starring at me smiling. Then they told me we have something for you and I was like what do you have? The owner opened up a closest space only to show me a beautiful mac that he had for me, I was in shock because it was exactly what I prayed for.

Some questions I have for you. Do you believe prayer is important? Do you yearn to want to pray and have a powerful prayer life? If you do pray do you believe its about words and how many eloquent words you say?

This is an example of someone who had an amazing prayer life his prayers were so powerful that it caused a drought over the land of Israel for 3 three and a half years. His name was Elijah this is how the verse goes James chapter 5 verse 17 Elijah was a man with a nature like ours, and he prayed earnestly that it would not rain, and it did not rain on the earth for three years and six months. Elijah was a man just like you and I, he was flesh and bone. But what set him apart from the people of his day was his extraordinary intimacy with the Father in Heaven.

One thing to note is that prayer does not work hand in hand with logic, reason, rationalization, or a selfish heart. Prayer is about intimacy and relationship with the three triune aspects of G-D. James chapter 4 verse 3 explains why some do not receive answers from prayer You ask, and don’t receive, because you ask with wrong motives, so that you may spend it for your pleasures. Prayer is not about you, prayer is giving honor to whom it is do. If you want to see develop intimacy just spend time with the boss, take a walk in the park and speak to him, go to the beach and speak to him, speak to him in your car, in the rest restroom, at the restaurant. Just start a dialogue. Just do it like the Nike commercial says.